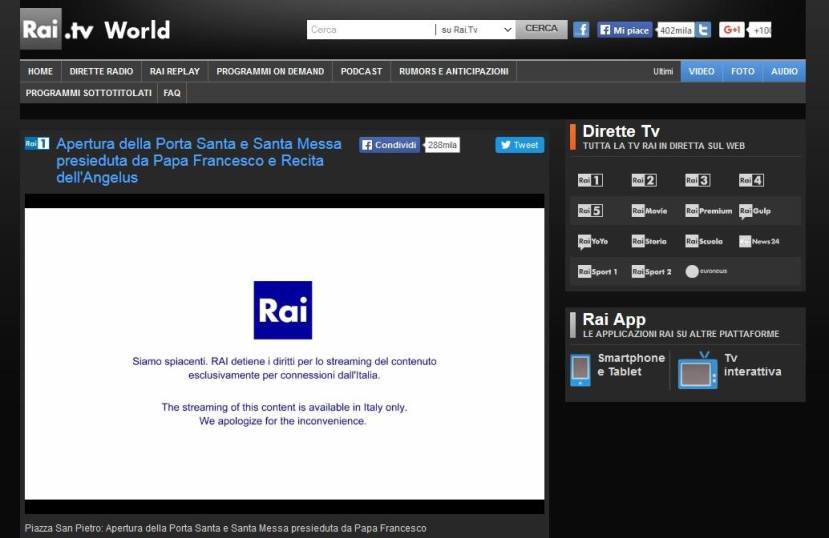 Tomorrow December 9th the European Commission will publish a copyright package consisting of a communication on the copyright reform plus 2 legislative proposals (about content portability and contractual conditions respectively).

On the basis of leaks circulated in the last weeks, I would tend to say that the European Commission is slowing down with the copyright reform, and that the copyright package will be much less ambitious than expected, at least if we compare it with the declarations made when the Digital Single Market (“DSM”) strategy was announced and launched in May last. For instance, targeting geoblocking and improving of cross-borders availability of online content was one of the karmas marketed by Junker and Ansip to explain the need for a Digital Single Market. By contrast, if you look at what is going to be really proposed tomorrow, you will find out that:

– reference to geoblocking has mostly disappeared;

– in order to target cross-border issues, just a content portability proposal is made. This proposal is good and welcomed but, depending on the actual duration & conditions of the portability*, the benefits for the consumers may be very limited (in other words, citizens may encounter the same disappointment already with roaming, when it was announced that roaming surcharges will disappear in 2017 and then found legal details whereby roaming surcharges to continue to exist much beyond that time);

– with regard to important technical and legal subjects to be clarified or harmonized (private copy, exceptions, act of communication to the public ecc) the Commission’s position consists in considering possible actions in the future;

– in general, the Commission is proposing a “gradual approach” that, in political terms, means, I fear, “wait and see” with regard the most important problems.

Fact is, this disappointing scenario may be due to the fact that there internal disagreement within the European Commission as to how much to tackle the fragmentation of the European content market: VP Ansip, VP for the DSM, seems to be much more liberal than Oettinger, Commissioner for the digital sector. In addition, the Commission’s offices may fear that a too strong proposal would be later destroyed by Member States and EP, which are mostly under the pressure of the “content industry”: broadcasters, distributors, producers. In fact, the content industry is really strong in defending its prerogatives (i.e. the territorial segmentation of their business, in order to increase profits) on the excuse that this status quo is necessary to protect the production of European movies and the European culture in general. But then they do not explain why they are advocating geobklockinbg also for US movies, i.e. the big part of content watched by European users. In other words, the current fragmented system helps the US industry to make more money in Europe to the detriment of European consumers, while the same industry would not dare to impose to US citizens a fragmented movies offer through 50 american States.

Unfortunately, European Members States and European Parliament are caught by the content industry arguments, because the influence of such industry in each Member State is massive. Each government and each politician, with few exemptions, wants to protect the national industry, even when the final winner is the US content making more money in the EU than US. As a consequence of this status quo, European citizens willing to pay for legal content, but not finding what they want and buy, will be forced to go into piracy or use VPNs. Make the example of a Belgian citizens living in Italy and willing to buy Netflix Belgium, because of some features of that offer with respect to the offer of Netflix Italy. He/she would be blocked in Italy and, as an alternative, he/she should go to the pirate market to find the wanted content, or use the VPN tools. And we are talking about people willing to pay for legal content!

As always, the potential way-outs may come just from external, unexpected actions: for instance the DG COMP directorate of the Commission, headed by Mrs. Vestager , which has independent powers and does not need Member States or EP to agree on what she does, could take a decision on a competition case (like the pending one on broadcasting) stating that territorial restriction (and related geoblocking measures) are anticompetitive; or, the legal case could be solved by the European Court of Justice. Do not forget that in the ‘70/’80 the European Court was decisive in liberalizing the European cross-border trade by declaring that distribution agreements of goods (cars, food, pharmaceutic ecc) could not prevent a consumers to buy something offered by a seller established in another member states (passive sale). A kind of intervention would be needed also for the digital single market, if politicians cannot afford it.

* The actual conditions whereby users may be accessing subscribed content on their device when traveling abroad are not clear yet. The proposal of the Commission is intentionally vague because this item will problem a battle field when discussing with Council and European Parliament. If no clear conditions are stated, the commercial practice amy be restrictive.