The impact of Trump’s net neutrality reform in the EU 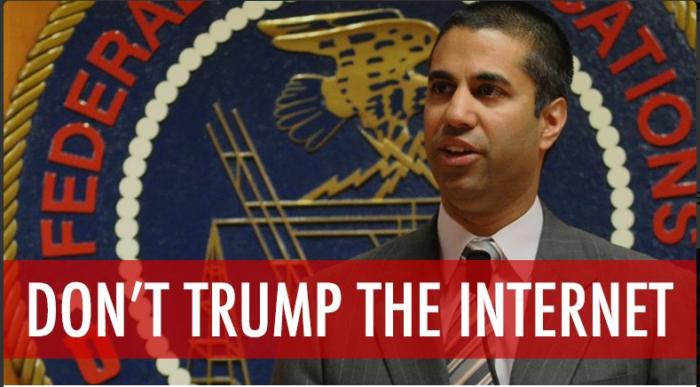 On December 14th, the Federal Communications Commission (FCC) will vote to replace current rules enforcing net neutrality in US (i.e. the Open Internet Order introduced by FFC under the Obama’s mandate). While the consequences of this change may be more or less dramatic for the US market, the intriguing question is whether this development may have an impact into net neutrality in the European Union.

Prima facie, that political impact will be quite minimal in the EU, at least at beginning. The European framework for net neutrality, namely Regulation 2120/2015 (i.e. the same set of rules dealing with the elimination of roaming surcharges), is quite recent and it would be politically inconvenient to ask for a repeal. Its foundations are solid since it was adopted after a long debate amongst institutions which finally agreed on a fair balance. No-one, at least until the end of this EU five-year mandate, will be keen to reopen the dossier.

Even stakeholders opposing net neutrality in general, such as European incumbents like Deutsche Telekom or Orange, may be hesitant in flagging and supporting a reform which is so much Trump-branded and equally adversed by civil society. Such operators will likely wait for developments in the US market and hope, with elections in 2019, that the new European institutions will be more inclined vis-à-vis this kind of net-deregulation. However, reopen the net-neutrality basket may be a risk for everyone, because with new European institutions no-one can predict whether new rules would be more or less stringent than the current ones. The story of Regulation 2120/2015 should not be forgotten: the proposal started in 2013 with the proposal of the Commission to be very flexible and let to big telcos a kind of “laissez faire”, but when the dossier arrived to Parliament and Council things changed dramatically and the final result was much more consumer-oriented.

An impact of the Trump reform may however occur in specific European countries, where the provisions of Regulation 2120/2015 are going to be enforced by national regulators and courts dealing with practical cases.

This may happen because European net neutrality rules (in particular article 3 the Regulation) consist in general principles which may be may interpreted with some discretion. Berec, the European electronic communications agency, issued guidelines recommending to regulators and courts the criteria to be applied. The resulting approach is similar to a competition assessment, whereby the decision shall take into account, as indicated by recital 7 of the Regulation, the market positions of the providers involved as well as of the weight of concerned content, applications and services. This means that similar practices may be treated somehow differently in different countries, depending on the supposed impact on the market. Such potential divergences may be more evident with regard to zero-rating practices, as the Regulation is more generic on this point and grants more discretion to enforcing authorities. Conversely, rules on network management and specialized services are much more clear in the Regulation and therefore less divergence  is expected.

The possibility that net neutrality enforcement may slightly vary between member States is inherent to the system and should not be a scandal. Is is a political choice aiming at making sure that the European framework is adapted to different market conditions, from Lisbon to Warsaw.

This is why net neutrality adversaries will probably start to flag the Trump reform more in a national context, in front of concrete cases with the regulator, rather than lobbying now in Brussels to reopen the European framework. Depending on the discretion and margin of maneuver left to national regulator, the influences coming from US may have more or less chances of success. This new scenario will be soon tested in the Netherlands and Germany, where zero-rating practices are debated in front of regulators and courts with different outcomes, as well as in Portugal, where mobile operator Meo is fragmenting Internet mobile offers into various packages dedicated to specific services and apps.

The Netherlands case is particularly meaningful, because it is about the validity of the national legislation prohibiting zero-rating practices in absolute since 2011. The national courts have to decide whether this strict obligation may pass the test of the European regulation. Whatever the result will be, zero-rating practices will continue to be scrutinized, eventually under EU rules.

The German case is about a way to construe a zero-rating business by offering to any service provider the chance to be “zero rated”, without apparent discrimination. A deep examination of the commercial conditions offered by T-Mobile to “zero-rated” candidates will be essential to verify whether the offer is fair or it is just a way to circumvent the zero-rating prohibition.

The Portuguese case is about mobile operator Meo offering, in addition to a basic Internet mobile offer, different connectivity packages dedicated to specific services (social, messaging, mail or video), kind of “specialized services“. Meo likely believes to comply with art. 3.5 allowing to offer connectivity “other than internet access services which are optimized for specific content, application or services”, but it may be wrong, because such offer should not be marketed as “Internet access”, while the diversification into different packages should be justified by the need to “meet requirements of the content, applications or services for a specific level of quality”. All such conditions appear to be absent in Meo’s offer and therefore the scrutiny by the Portuguese regulator, currently pending, may become critical.

Remarkably, all the commercial practices listed about are about new tariffs scheme and ways to access to services which are already existing. There is nothing regarding new services to be offered to consumers. This is something to keep in mind: when net neutrality rules are relaxed, tariffs and packages change, but services remain the same.