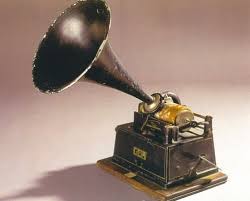 The Italian antitrust authority has opened an investigation over SIAE, the old-fashioned incumbent holding a legal monopoly position in the Italian market for copyright management. The authority believes that SIAE may have committed some abuses even beyond its monopoly rights with the scope to “exclude all competition in the (investigated) markets, hindering the activities of new entrants and so reducing the freedom of the authors and editors to choose which collecting society to be member of or request services to”.

Whatever will be the outcome of this competition proceeding, the Italian market of copyright management remains something unique in Europe. Unlike other EU countries, where liberalization has been inflated at various levels, in Italy SIAE still enjoys a legal monopoly granted on the basis of a law of 1941 (that is to say during the fascism and even before the attack of Pearl Harbour). The various attempts to open this market has been vain so-far : in 2016 the competition authority signaled to the government that this monopoly should be drastically revised, while competitors have filed complaints with the European Commission. Everything has been ineffective so far: on one side, the Italian government ignored the advice of the competition authority and recently even reinforced the legal monopoly, despite the fact that an option for liberalization was offered while transposing EC Directive 26/2014 on the harmonization of collecting societies in the online music market; on the other side, the European Commission remained officially silent and di not act so-far, despite the fact that SIAE’s competitors have been advocating an intervention on the basis of EU rules and complaints are pending.

The Italian legal monopoly of copyright management is a blatant violation of freedom of services rules and of the Bolkestein directive, since it prevents operators lawfully authorized and operating in the EU to enter into the Italian copyright management market. In other words, when music in Italy is played, streamed or broadcasted, only SIAE is entitled to collect the copyright fee from the users and pay it to the authors. Because of this monopoly status, SIAE has no real incentive to be efficient, cheap and rapid, because authors have no clear legal right to access to competing services. Despite to that, in the last years some operators have entered the market in the hope that the government would have liberalized this business (and thus almost 8000 authors have left SIAE for competitors). SIAE is reacting suing them in front of courts and, because of the recent confirmation of the legal monopoly regime by the Italian government, it may have the real chance to bring the clock back to 1941. So, the legal situation is grey and only a clear intervention by a deus ex machina, that is to say the European Commission, could clarify the scenario.

The position of the Italian government is confused and difficult to understand: the competent ministry, Dario Franceschini of the Partito Democratico of the former premier Matteo Renzi, has shown mixed feeling regarding monopoly and liberalization. Various voices in the party have been advocating a drastic reform of SIAE, also considering the vocation of Renzi to close down (rottamare) the most embarrassing legacies in Italy. Despite of that and nothwitstanding the conflict with EU basic rules, and disregarding the European benchmark showing that the liberalization is the norm, the Ministry Franceschini backed an antistorical, reactionary view of the copyright management market: only one guy, SIAE, can legally make business there, others must stay out.

The start of an antitrust proceedings today is the first consequence of this position, further news may come from Brussels soon.