The European copyright reform: next steps after Parliament’s approval, and risks for 2019 elections 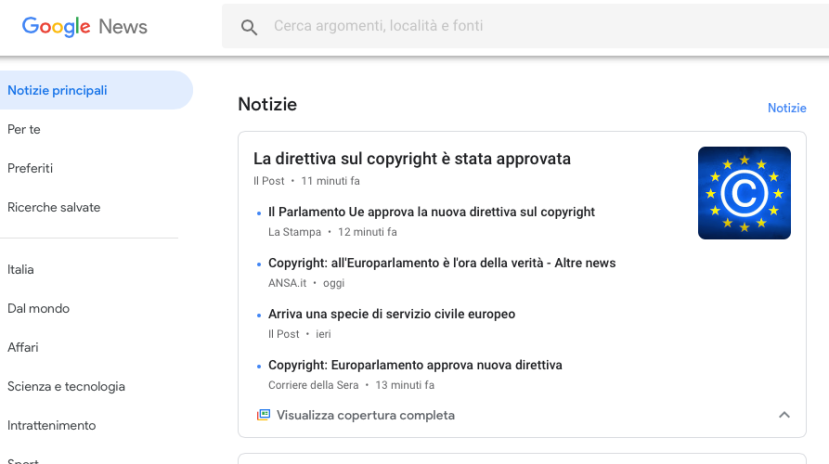 Today the plenary session of the European parliament approved the controversial copyright reform proposal submitted by the rapporteur, Axel Voss, with a majority of 438 members (approx. 60 vote above the needed majority). 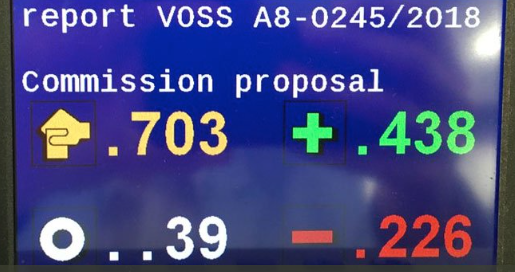 Apart form the EPP, all other main European parties (socialists, ALDE, conservatives) have been split, while antiEuropean groups have voted against the proposal. 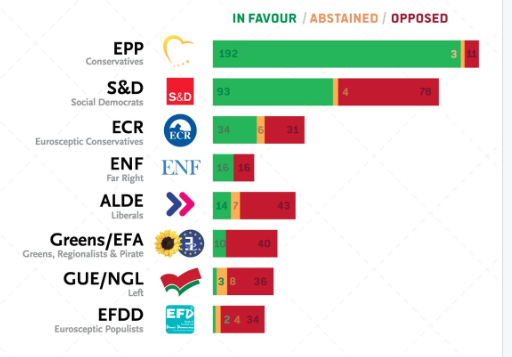 What will happen next?

The rapporteur Voss will now start the Trilogue procedure with Council and Commission. Because of the end of the legislature (April 2019), there will be a rush against time since the outcome of the Trilogue, if any, will have to be approved again by the plenary session of the Parliament and by the Council. This means that the substantial agreement amongst the European institutions should happen at beginning of 2019, in order to make possible the subsequent necessary formal votations.

In general, ordinary Trilogue procedures, less controversial than the copyright one, take between 3 and 4 months, therefore one could wonder whether the lime left may be sufficient to complete and adopt the directive. However, Council and Parliament do not seem very much distant and we may foresee that they will be do their best to find a deal and avoid the act to fall down. One should see whether the main points of disagreement may be dealt easily: for instance, the Parliament draft is unclear about the concept of snippet (how long, how many word, which other criteria to assess whether an extract is taxable or not?) and the scope of the reform (should small provider, start-ups and SMEs be exempted by the art. 11 link tax?).

In addition, the Parliament’s text will need to be technically refined because some parts appear legally uncertain, for instance  where it is stated (art. 13) that whatever happens on a platform (i.e. upload of whatever content by a user) must be considered an “act of communication to the public” and platforms are liable for that: this assumption is contrast with the Electronic Commerce Directive and the conflict should be solved somehow. Also the implicit obligation for filters imposed by art. 13 (deriving from the liability of platforms for protected content uploaded by users) may be in contrast with current European jurisprudence. Therefore, the Trilogue procedure may legally reshape the parts of the proposed Copyright directive which are in contrats with the European acquis and one could imagine that the Council will play an important “technical role” in this.

Assuming that Council and Parliament will do their best to reach an agreement in short time, then the timing issue seems to be a different kind: from today onwards up to the end of the procedure (mid-2019), the copyright reform will likely become part of the political campaign for the 2019 European elections and may play a role on the choices of electors. While mainstream media (biggest publishers and broadcasters) are supporting the reform on the basis of well-know arguments (Google and others US guys have to pay journalists and artists!), the opinions debated in the Internet media are more complex and different: is is undoubtful that many citizens, scientists, academics, small companies and Internet gurus and so on are against the reform because of potential impact on the use and access to social platforms and Internet in general. In other words, the copyright reform risks to become a subject to be played against the so-called European establishment. Many MEPs and governments may be at risk when supporting this reform and campaigning in the same time for re-elections.

It will therefore wise for Council and Parliament to agree on a text that reduce at most the potential risks for freedom of speech and access to/exchange of information in the Internet. This is not only advisable but also necessary, because on one side the position of the Parliament will be weak (due to the not great majority won by rapporteur Voss, which does not provide him with a strong mandate), while on the other side the Council will be cautious, because of the electoral implications.

In addition, a big country like Italy, which originally supported a strong position in support of the copyright reform, is expected to radically change its view (because of the new government in charge since March). Ne vedremo delle belle.