Why in Italy TIM’s network separation is convenient for everybody 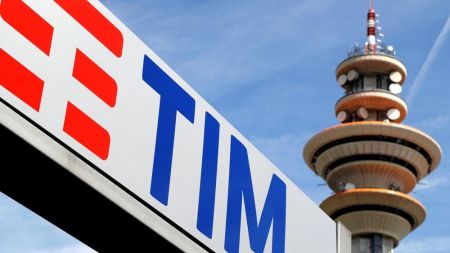 There is no doubt that the history of TIM (formerly Telecom Italia) is different from other big European incumbents such as Deutsche Telekom, Orange, Telefonica, BT, Telia ecc: while after liberalization these companies have been growing and becoming international players, TIM did exactly the opposite. While being a formidabile player in the ’90, with international footprint from South America to Turkey, now TIM’s activities have been dramatically reduced to the Italian domestic market, with just few exception: Telecom Sparkle, the international carrier (still a jewel in the sector) and TIM Brazil (few years ago a star, but now suffering because of the crisis in Brazil).

The bad news, however, are not finished: while being still an high profitable company, TIM has high indebtment, legacy internal costs and all risks deriving from a business limited to a single domestic market. Like other old incumbents, TIM suffers because of declining telecom margins and for the need to reconvert its old (but still profitable) legacy copper network into fibers. And everybody agrees that such upgrade is not cheap.

The above scenario is not a problem just for TIM: the company owns the sole nationwide telecom network in Italy, an infrastructure of critical importance for the country. Therefore it is not a surprise that most recent Italian governments (starting with Renzi in 2014) have started to send distress signals, enquiring TIM about its willingness to invest and upgrade the network, as well as investigating about control and shareholders of the company. Something totally new for Italy, a country where technology and national interest debate has been, for decades, limited to broadcasting.

With the above explanations, one can better understand the current controversies between TIM and the Italian government, starting from the position of its main shareholder: Vivendi.

Vivendi, a French media and content champion, in 2015 accidentally became the main shareholder of TIM, as a consequence of a barter with Telefonica wishing to reinforce in Brazil (where Vivendi owned a carrier, GVT) and to leave Italy. At that time it was not clear the industrial scope of Vivendi’s investment in TIM (except for the fact that leaving Brazil before the economic collapse was a smart idea). In fact, it is doubtful why a media company should become a telecom operator, since the best way to sell content is to have a large number of telecom customers rather than focusing on a single carrier (instead, the opposite may be true: for a telecom company it may be interesting to acquire a media player to better feed with premium content its network). Fact is, many have seen the presence of Vivendi in TIM as a pure transitional portage, in light of a future entry by Orange, Deutsche Telecom or whoever. In light of the future telecom consolidation in Europe, the entry into Italy by other European incumbents is just a matter of time.

This scenario became even more complicated, or more clear depending from other points of view, when in 2016 Vivendi started to scalate Mediaset, the Italian media company owned by tycoon and former premier Berlusconi: an operation which, you like it or not for national interest, makes more industrial sense than controlling TIM, but which has been conducted with the same sympathy of the Italian campaign by Napoleone.

The Italian authorities have promptly reacted, contesting the double control over both TIM and Mediaset (in force of pluralism legislation) as well as lack of consistency with Italian legislation about infrastructure of national relevance. Now Vivendi is risking sanctions and its ability to concretely manage control over both TIM and Mediaset is seriously impaired. On the other hand, while the Italian government is irritated with Vivendi (and with France in general, because of obstruction to Italian investment there), its leeways are more limited than expected, because Vivendi has the EU passport and can resist better than Chinese and Mexican raiders (against golden powers measures, for instance). However, the real problem for Vivendi is not a potential legal dispute per se, rather how to make business in a big country where the government is irritated and hostile. In these circumstances, the combination with Mediaset is clearly at risk and the investment value in TIM may evaporate.

The solution of the above may come from TIM’s network separation, a scenario which just few years ago could appear a fair tale. The Italian government is clearly unsatisfied with TIM about the (too) slow upgrade from copper to fiber and, in order to shake the market, has even endorsed the entry of a new network competitor: Open Fiber, a newco equally owned by Enel S.p.A. (the electricity utility) and CDP Equity (CDPE), a company of the Gruppo Cassa Depositi e Prestiti group. Open Fiber is developing a wholesale-only FTTH network throughout Italy and it may become, in a few years, a real problem for TIM. Of course, today TIM could try to kill the baby in the cradle, but the Italian government would not like it.

This war is not in the interest of TIM which, in addition, has neither a real incentive in massively investing in a fiber network: the copper network is still profitable and still represent a major item in the books of the company, therefore expanding quickly the fiber footprint would impair its financial stability. Furthermore, the profitability of TIM must firstly destined to creditors and shareholders, and there is no much left for investments.

Given this scenario, the voices about separating the network of Tim and eventually merging it into Open Fiber should be seen (irrespective of the willingness of the latter) more as an opportunity, rather than a threat, for Vivendi, which could serve a separated TIM to the Italian government so as to get back, in exchange, a green light to operator and growth in other markets. Vivendi will be more than happy: while abandoning the risky Italian telecom business with some nice money in exchange (and considering that the most of predecessors have lost), it will probably find warmer reception with Mediaset. And also investors and other telecoms will appreciate the new scenario because the new TIM Services, separated from the network, will be there, clean and with less problems than in the past. Orange, Deutsche Telekom, Iliad but also Italian investors could step-in. Even Vivendi may also consider to better integrate its business with TIM, if this is their scope.

Italians will finally have a national telecom company leading the modernization of the country, and the Italian government could rivendicate the award (while feeling the network to be in safer hands).

The scenario is more complex for TIM.  On one side, abandoning the vertically-integrated business may appear a dramatic change of paradigm, and one may wonder whether the separation between services and network may dramatically affect its retail business (thus confirming the arguments of competitors whereby TIM is  leveraging its dominant position in the access).* On the other side, the new separation scenario will provide TIM with robust financial resources for its main job, that is to say developing and managing telecom networks (certainly not buying or developing entertainment and TV content). Obviously, the official declarations of TIM are against network separation, but market reality and Vivendi’s interest may play differently.

In this light, the discussion about industrial precedents (like BT in UK) or legal basis for the network separation become less useful: the European electronic communications framework already empowers national authorities to separate the network of the incumbent, subject to the consentment (veto power) of the European Commission. However, in the Italian case this disruptive procedure is not necessary. The separation of TIM’s network should simply occur because, at the end, it may be convenient for everyone.

* One should also consider the regulatory treatment of the network separation. Should a separated TIM be able to get a substantial deregulation, then the operation would worth. But the rest of the market would complain, and the European institutions would look into it.