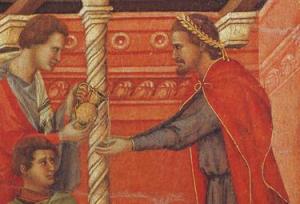 As well all know, on Tuesday October 27 the European Parliament, meeting in plenary session, will likely approve the new net neutrality provisions which are part of the Single Telecom Market (“STM”) regulation. Civil society and industry are however protesting because the reform, despite some commendable principles, will de facto legitimate zero-rating practices, i.e. a commercial behaviors allowing telcos to discriminate Internet services and so affecting the free choice of users. Even Tim Berners-Lee launched an alert about the dangers of the proposed reform, while an accurate critical analysis have been dome by Barbara Van Schewick.

Because of the above, a Save-the-Internet campaign has been launched in order to support amendments to block that part of the reform. It is to be expected that some groups in the EP will support the amendments, especially the Greens, GUE, as well as some MEPs of the EFDD and the ENF groups. Several Dutch MEPs should also support the amendments (the Netherlands, notably, was the sole country together Slovenia to prohibit zero-rating practices). It seems that approximately half of the ALDE group is likely support them. The “Save-the-internet” campaign asking MEPs to support the amendments seems to be particularly strong in Germany, Belgium and Austria. However, I understood that the EPP, ECR and a huge majority of the S&D group will vote against and support the net neutrality provision including the zero-rating issue.

Because of the noise created by this debate, the press office of European Parliament issued a misleading communication pretending that it is not the Parliament, rather the national regulators, who will take a decision on zero-rating:

“Zero rating is a commercial practice of some internet access providers, especially mobile operators, to not measure the data volume of particular applications or services when calculating their customers’ data usage. This means that these websites or services are effectively provided for free to customers, to the detriment of all other websites or services. Parliament intends to allow national regulators, overseeing the implementation of the draft regulation, to decide whether zero rating will be applied in their country or not.”

This is completely false and misleading! So far national regulators had various instruments to block zero-rating practices, including antitrust, fair trade and consumers protection rules. In Slovenia and Netherlands they even had a net neutrality legislation ad hoc. By contrast, after the approval of the STM regulation, that power of national regulators will be materially weakened because of the ambiguous wording of article 3 of the European regulation vis-à-vis zero-rating practices:

The above provisions must be read together with recital 7 (a recital, not a binding provision!) of the same regulation:

National regulatory and other competent authorities should be empowered to intervene against agreements or commercial practices which, by reason of their scale, lead to situations where endusers’ choice is materially reduced in practice. To this end, the assessment of agreements and commercial practices should inter alia take into account the respective market positions of those providers of internet access services, and of the providers of content, applications and services, that are involved. National regulatory and other competent authorities should be required, as part of their monitoring and enforcement function, to intervene when agreements or commercial practices would result in the undermining of the essence of the end users’ rights”.

In other words, while it is clear that agreements about data and speed are legitimate and may be used for zero-rating practices and other discriminations based on the price of Internet connectivity, it is absolutely unclear if and to what extent national regulators can intervene in order to prohibit such discriminations. The Dutsch and Slovenian legislations were quite clear to this respect, since they prohibit ISPs, sic et simpliciter, to differentiate the price of the Internet connectivity on the basis of the Internet services running over it. However, such legislations will need to be repealed (as it was declared by respective governments when voting against the STM).