From hyperlinks to embedded videos: not a copyright infringement, EU court says 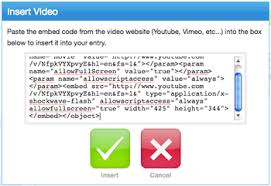 A landmark decision has been adopted by the Court of Justice of the European Union (CJEU) in the matter of Internet and copyright. The new case concerns embedding a video without the consent of the right-holder, also for commercial purposes.  According to the CJEU, this behavior does not constitute an infringement of copyright law when the video is already publicly available in the Internet, since no additional public is reached by way of the embedding, and provided that the work is not altered in any way.

The decision of the Court echoes a similar case, the Svensson case, which concerned hyperlinks. Also in this case, while admitting that hyperlinks constitute a kind of “communication to the public” according to the copyright framework, the court said that no infringement occurred since the linked content was already available in the web and therefore the hyperlink was not deemed to distribute the work to a “new public”.

My understanding of the case is that the video must be public because of the intention of the right-holder, who eventually uploaded on a public platform (such as Youtube, as in the most of the case). The parallel with the Svensson case lies lies in these terms. By contrast, should the video be present on a platform without the consent of the right-holder, I would say that embedding should not be allowed or further clarification is needed.

The CJEU made its decision by way of a simple order, i.e. an intermediary act which is easier to be adopted instead of a formal decision. The reasons for the choice to use such an instrument could be that the judges considered the case very easy and did not find necessary to pass through the formal procedure provided for a final decision. This means that some uncertainty may still submits whether the case is definitively closed here or not.

Whether it was an easy case or not, it is a matter of opinions. From the point of view of common sense, it is obvious that the behaviour at stake could not be seen as a copyright infringement. However, the current copyright framework is less obvious than people believe, since these rules have been normally conceived and applied in the traditional analogue off-line world, and therefore any further application in the Internet regularly results in dramas. Also because of the deliberate litigation strategy of most of the copyright-holders.

Whatever the judge believe, this is an important decision in the matter of copyright, because developing the Svensson rationale in order to solve other copyright issues may costitute an important signal for the incoming reform of copyright by the new European Commission entry into force as from November 1st, 2014.

The order of the CJEU (dated October 21, 2014) can be found here for the time being, since it has not been published yet on the website of the court. It will be published only at the end of October, and only in French (formal language of the CJEU) and German (language of the proceeding).