The European Parliament and the big game of the Net Neutrality 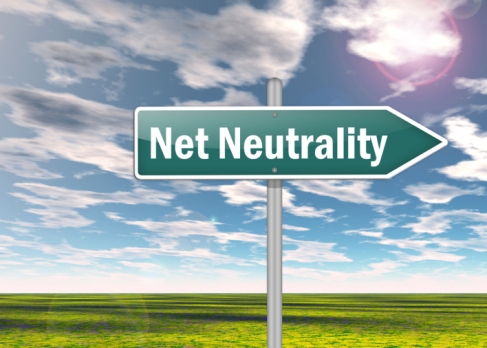 On March 18, 2014 the European Parliament (ITRE Committee) will take an important decision in the matter of Net Neutrality. Or maybe not.

Currently, 2 set of compromise amendments have been tabled, one from the main rapporteur Mrs. Pilar del Castillo (Spain, PPE), the other from shadow rapporteur Mrs. Catherine Trautmann (France, S&D). The difference between the 2 compromise amendments is not huge: the drafts are quite similar and show a more citizens-friendly approach* with respect to the initial proposal of the European Commission, while the Trautmann’s version include an explicit reference to the principle of net neutrality in the legal text – a reference that, in legal terms, should be better specified, otherwise it may be considered just as a symbolic amendment:

(14) “internet access service” means a publicly available electronic communications service that provides connectivity to the internet in accordance with the principle of net neutrality, and thereby connectivity between virtually all end points of the internet, irrespective of the network technologies or terminal equipment used;

Trautmann also proposes a technical specification in order to distinguish specialized services from best effort Internet. The intention is to reinforce the pro-citizens* flavour of the Net Neutrality reform, although the exact technical implications of this amendment should be further analysed:

(15) “specialised service” means an electronic communications service optimised for specific content, applications or services, or a combination thereof, provided over logically distinct capacity and relying on strict admission control from end to end. It  is not marketed or usable as a substitute for internet access service; its application layer is not functionally identical to services and applications available over the public internet access service;

With so minimal differences, one would wonder why the ITRE Committee could not find an agreement on a common draft. It is therefore possible that this confrontation hides instead different political issues. A possible explanation could be that both rapporteurs, Del Castillo and Trautman, are fighting to be recognized as the “master” of the European Net Neutrality reform. This result would be quite relevant in the respective political constituencies in light of the incoming European elections in May 2014.

No doubt that Mrs. Del Castillo has made a Copernican overturn in the matter of Net Neutrality: while her initial report in November 2013 was basically endorsing the Commission’s proposal, and so reflecting the wishes of big telcos, the current position is more citizens friendly*. This changement of approach made likely upset European and US big dominant operators, such as the members of ETNO and GSMA, which issued an incredibile PR on February 24, 2014 that, according to the admission of various MEPs, strongly undermined the credibility of such associations when discussing NN in Brussels. However, even the NN reform of Pilar del Castillo appears to cautious with regard relevant issues such as the possibility for telcos to discriminate online services and therefore it cannot be seen a sufficiently good proposal for libertarians and citizens’ rights associations.

Also Mrs. Trautmann  made an important move in the direction of a pro-citizens* Net Neutrality reform and she appear more incisive than Pilar del Castillo. In addition, the fact that this well-respected, and telecom experienced, MEP will have to fight a lot in her country to be re-elected (apparently she will not be the first candidate in her French constituency) may explain the decision to keep an high level of visibility in this debate.

The liberals (ALDE) are likely supporting the substance of the ITRE compromise, although we do not know whether they will go for Del Castillo’s or Trautmann’s version.

Then, the Greens and the Pirates: they should be the moral winners of this game, because the most critical NN provisions proposed by Commissioner Kroes in September 2013 have been completely dismanteled. However, rumours say that are not happy with the current draft and would prefer to stop the negotiations and postpone everything to the next elected Parliament. This move could be a mistake, however, because the new Parliament, without the pressure of soon incoming elections, will be less inclined to embrace pro-citizens Net Neutrality positions.

Finally, the industry: ETNO and GSMA would like the entire reform (i.e. the whole Connected Continet Proposal of Commissioner Kroes) to collapse. The approach is not only due the current status of the Net Neutrality reform in the Connected Continent package: the real problem for them is the roaming reform foreseen therein, since the ITRE Committee decided to go well beyond the European Commission’s proposal and to set the end of roaming surcharges by 2015. A perspective that most all mobile network operators, with the sole exceptions of MVNOs, “would like to avoid like the pest”.

PS: The ITRE Committee should have been voting the Net Neutrality provisions, in the frame of the Connected Continent proposal, already on February 24, however the relevant MEPs decided to postpone the voting because of some irregularities in the translation documents. This postponement has put at risk the approval of the entire proposal, and the Net Neutrality reform with this, because an approval on 18 March may not be sufficient to guarantee a place in the EP plenary assembly scheduled for April (the last one for this Parliament). If the EP plenary session in April will not approve the Connected Continent proposal in first reading, the entire process will be virtually finished: “abbiamo scherzato” (it was just a joke).

* Saying that the current ITRE proposal on Net Neutrality is “pro-citizens” is just a synthetic evaluation, because there are still parts of the draft that would need to be reconsidered, for instance in the matter of data caps and price discriminations. However, there is no doubt that the current ITRE draft is more advanced with respect to the proposal tabled by Commissioner Kroes in September 2013 which, in fact, had been welcomed by dominant telcos.

← Telefonica/KPN: hard time for consolidation and weddings in the mobile market
The controversial truth about the end of international roaming →