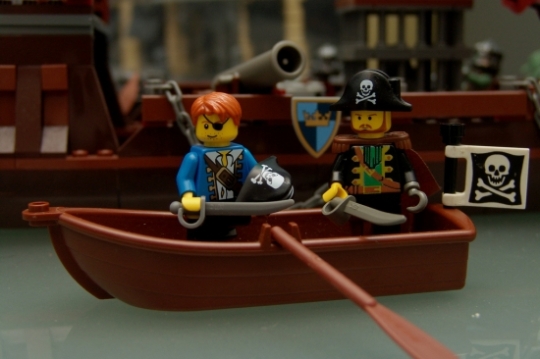 The Attorney General of the Court of Justice Cruz Villalón has rendered an opinion regarding the compatibility of web-blocking measures with EU law (here the press release). This opinion is expected to warm-up the never-ending debate how to tackle piracy in the internet. In fact, in several European countries web-blocking is imposed on ISPs (Internet access providers) as an ordinary measure to prevent illicit activities by Internet users in different areas, such as online piracy, paedoporno material, counterfeiting, consumer protection, ecc.

While various European decisions have already considered the matter of online copyright enforcement (in particular, the famous SABAM cases originating from Belgium), this is the first time the ECJ is dealing specifically with web-blocking.

It is arguable whether the opinion of the Attorney General may be seen as a step in favor of copyright holders or, by contrast, in favor ISP/libertarians/consumers. Such evaluation may vary because web-blocking practices throughout UE vary considerably from country to country and therefore the views of the Attorney General, should they be confirmed by the ECJ, may have different implications.

On one side, rights-holders will welcome the fact that opinion recognizes that the web-blocking instrument is not per se incompatible with European law. On the other side, however, the opinion lists series of restrictions and guarantees suggesting that courts or authorities should be very cautious when considering the practical implementation of this measure. In other words, the solution indicated by the Attorney General will create concerns in those countries (for instance Germany and Austria) were web-blocking is not normally used, but it will have the opposite effect in countries  where web-blocking is common practice (such as Italy and UK). In the latter countries the current web-blocking practice and jurisprudence should be likely revised.

The merits of the case concerned a web-blocking measure ordered by an Austrian judge upon local ISPs (including the cable operator UPC) in order to prevent access to a portal (kino.to) accused to distribute content in violation of copyright law. The Austrian judge imposed a combination of DNS and IP addresses blocks, while recognizing that such measures could be easily circumvented by users. UPC challenged the blocking measure and the case was brought to the attention of the European court to verify whether the Austrian legislation, allowing a national courts to block access to website as a measure to prevent infringement of copyright, was compatible with European law (namely the Copyright Directive 2001/29/EC and the Electronic Commerce Directive 2003/31/EC).

Firstly, the European Attorney is suggesting to the ECJ that access providers should be considered as “intermediaries” and, as such, could be subject to the relevant legislation in the matter of fights against online piracy. Secondly, he believes that, under certain conditions, European law allows – but it does not prescribe – national courts to force ISPs to block access to websites to prevent online piracy. However, the practical recourse to this measure should be subject to various caveat and therefore the national judge should take care of the following:

–       the blocking measure must be balanced and take into account primary interests of other parties, such as fundamental rights, freedom of expressions, privacy, non-monitoring obligation, freedom of business ecc, which may even restrict and limit the actual enforcement of copyright law. As a consequence of that, national judges may even come to the  conclusion that, in the concrete circumstances, web-blocking is an excessive and inadequate measure. The respect of privacy, in this context, will become particularly critical. EDPS (the European Data Protection Supervisor) has recently noted that network management practices, including blocking measures, should be balanced and proportionate also with regard to privacy; one should even wonder whether a blocking measure based on DPI (deep packet inspection) may be tolerated;

–       the blocking measure must be specific and it cannot consist in the obligation to generically prevent access to a certain website. This is particularly relevant in countries like Italy where judges are used to impose web-blocking measures as a kind of “result obligation”, i.e. ISPs are obliged to prevent access to the locked website at all costs and conditions;

–       the measure must be proportionate, i.e. should not prescribe more than what is necessary to achieve a certain objective. This is particularly relevant for cases where blocking of a website would impede access to both licit an illicit content (frequently with social networks and platforms);

–        the blocking measure must be imposed by a court or should be subject to strict judicial review.

As stated above, the conditions envisaged by the Attorney General are quite strict and, if approved by the European court, will force various members States to review their tolerance to web-blocking. Nevertheless, some parts of the conclusion seem to help the recourse to web-blocking:

– even if web-blocking may be easily circumvented, such measure remains adequate in the eyes of the Attorney General. It is interesting to whether this evaluation will be finally retained by the European court;

– web-blocking may be imposed even if involve some costs upon ISPs. However, since the ECJ in previous cases (Sabam cases) have banned costly measures imposed on operators to protect third parties’ rights, it will be interesting to see how the final decision will elaborate this question.

The final decision of the ECJ is expected by the end of 2014.