Liberalization of collecting societies: an accident, not a stop, from the European judges 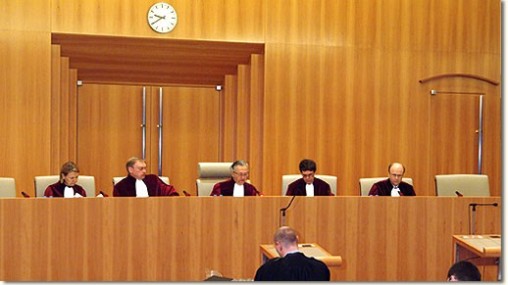 A kind of accident for the liberalization of the collecting society sector, occurred today in Luxembourg at the European courts, will not however stop the process.

The General Court of the European Union has partially annulled a very important decision of the European Commission concerning anticompetitive coordination in the field of copyright management. The decision at stake accused CISAC (an association representing around 100 collecting society in the world) together with around 20 of its European member to restrict competition by way of concerted practices as well as by recommending the use of anticompetitive contractual clauses (exclusive and affiliation conditions).

This decision will be certainly flagged with excitement by European collecting societies, a sector which in the recent times was regularly accused of of a variety of sins: lack of transparency and innovation, excessive prices, ridicule administrative costs, old-fashioned business models, artificial market fragmentation and anticompetitive practices. Fact is, a directive aimed to radically reform the sector is currently discussed between Parliament and European Council.

However, the annulment decision does not mean declaration of innocence. Firstly, parts of the anticompetitive allegations (namely exclusivity and affiliation clauses) have been confirmed. Secondly, with regard to the existence of concerned practices, the court was not convinced of the evidences brought by the European Commission, which does not mean – however – that the conducts at stake are legitimate. It will be up to the European Commission to be more convincing at higher levels (Court of Justice) or to start another investigation in order to collect more substantial evidences. Thirdly, the simple fact that the court confirmed that the contractual clauses recommended by CISAC were anticompetitive is a clear indication that the sector is affected by a large competitive problem. However, this presumption is not sufficient to prove the existence of a concerted practice under antitrust legislation, and the Commission failed on that.

Despite the outcome of the above decision, we can say that the effects of the European Commission’s investigation have been somehow achieved in any case. Following the condemnation in 2008, some collecting societies started to modernize and move ahead, developing practices which previously were rare: multi-territorial licenses, exception to territorial limitations, representations of foreign authors and commercial users ecc. Although the sector continue to be rigid and delayed by historical legacies and interests, there is no doubt that a mechanism has been started, and some collecting societies are moving faster then others. The current annulment decision may reinforce in some of them (the most conservative) the temptation to resist, however the clock will not turn back anymore. More liberalization and competition are naturally expected in this sector, and despite the accident caused by the European court’s decision, other factors will continue to push for this change to happen: stakeholders (including consumers), authors (most of them not happy about the current system), European Institutions (aiming at consolidating the digital european activities into a unique single market).

Following various complaints by commercial users since 2000, the European Commission started an investigation ending in 2008 with a prohibiton upon 24 European collecting societies  from restricting competition, in particular by limiting their ability to offer their services to authors and commercial users outside their domestic territory. The Commission decision, which concerns solely the exploitation of copyright via the internet, satellite and cable retransmission, does not call into question the very existence of reciprocal representation agreements. It does, however, prohibit:

– membership clauses: clauses in the model contract which restrict authors’ ability to affiliate freely to the collecting society of their choice;

– exclusivity clauses: clauses in the model contract which have the effect of providing all collecting societies, in the territory in which they are established, with absolute territorial protection vis-à-vis other collecting societies as regards the grant of licences to commercial users;

The Commission did not impose fines on the collecting societies but did require that they remove the clauses in question from the model contract and bring an end to the concerted practice.